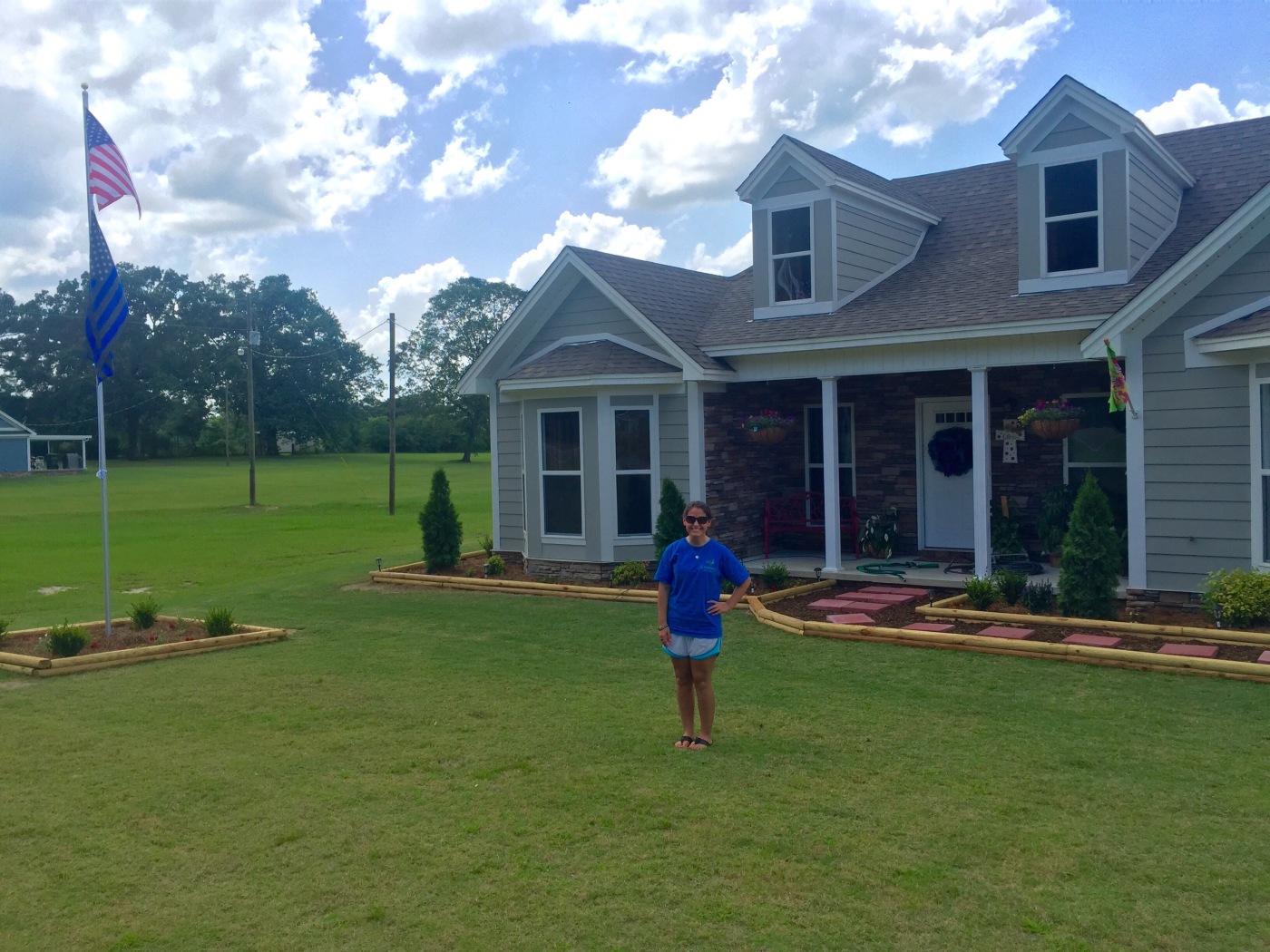 MONTGOMERY, AL Just over two months after the death of her husband, Darian Colley of Eclectic, AL, speaks about coping with her loss, plans for the future, her husband’s legacy, and other topics including the media backlash to news of a wrongful death suit that was filed in May.

Darian Colley, 22, was unable to say much about the open lawsuit itself, but she did comment on the negative criticism she has received in news and social media outlets.

“The media has done a good job of trashing my name,” she said.

She named specifically WSFA, which was the primary source for the lawsuit information obtained in preparation for this story.  She said, “WSFA didn’t have their story straight.”

On the morning of April 4, 2015, Darian Colley’s husband, a 24-year-old Montgomery police officer named David Colley, was killed when an 18-wheeler truck collided with his patrol car while responding to a call.

A WSFA article published on May 29, 2015, reported the accident had brought the filing of a wrongful death lawsuit by Darian Colley’s attorney Jere Beasley.  “The suit is aimed at the city of Montgomery, the 18-wheeler driver [Yasin Steven-Conley James], and the trucking company [TUI Express] that owned the 18-wheeler,” the article read.

When asked, Colley said the lawsuit is not “aimed at the city of Montgomery” but she is merely seeking the worker’s compensation benefits due to the fact that Officer Colley was working when the fatality occurred.

Colley said she was unable to log on to social media for a time because things that were being said in response to the WSFA story were hurtful.  According to Colley, claims were made that she was pregnant, had no job, and was money-hungry.

“It hurt really bad,” she said.  “I’m definitely not that type of person.”

“People are always gonna talk about you, regardless if you’re doing good or if you’re not,” she added.

Colley is using her strong Christian faith to get her through and doing her best to move on from this tragedy while trying to make the best life possible for herself and her 18-month-old daughter Isabella, she said.

As a recent graduate from Troy University’s Montgomery campus, she is hoping to move up from her current position.  Colley works for the Yesac Corp. as a receptionist.

Colley was working on a bachelor’s degree in psychology with a minor in business administration when her husband lost his life.  At the time, she said, she wanted to give up with only two classes remaining to graduate.  Now with the degree complete, she is relieved and happy to have finished her work.

“David would’ve wanted that,” she said.

Colley was also honored at her graduation ceremony.  The Trojan News Center reported that “members of the Montgomery Police Department honored a member of the graduating class, presenting Darian Colley, widow of MPD Officer David Colley, with a bouquet of roses.”

The MPD came to support her because her husband could not, she said.

Next Colley plans to begin work on a master’s degree starting in January.  Beyond that she hopes to pursue a doctorate as well.  Doing this, she hopes to make a stable future and to also be an example of strong will and persistence to her daughter.

She said she wants Isabella to know that “no matter the circumstances in life that you’re faced with, or you’re thrown, because you just never know, that she can push through.”

During the two months since David Colley’s death the support for Darian Colley has been expressed through many memorials and the like honoring her husband.  Much of that support has come from the Montgomery Police Department and the offices of the City Of Montgomery—as well as family, friends, and members of surrounding communities.

“I have an amazing support system!” she said.

Colley said she wants to be sure that her husband’s legacy lives on.

“The legacy is how determined he was and strong and sweet and honest—and he wasn’t perfect, but he was as close to perfect as they come.”

Colley also wants people to know of the faith that both she and her husband share.

Aristotle says that “true learning is accompanied by pain.”

The pain she is enduring is showing her strength that she was not aware she possessed, Colley said.

When asked where she hopes to be a year from now her response was “I hope I’ll be OK.  I hope I’m stronger than what I am now.  I hope that I can find happiness again because happiness is really hard to find.”

As a part of David Colley’s legacy, a scholarship fund has been set up in his honor at PrimeSouth Bank.  The scholarship will go to an Elmore County High School graduating senior beginning next year.

When preparing this piece I was unable to reach WSFA for comment.