Listen to this episode of the Caleb Graham TV Podcast on Anchor.

Last year I took an MOOC course on Udemy called Dan Rather on Journalism & Finding the Truth in the News.  I wanted to rework my original post about the course and share some more about a couple of the quotes that stuck out to me. 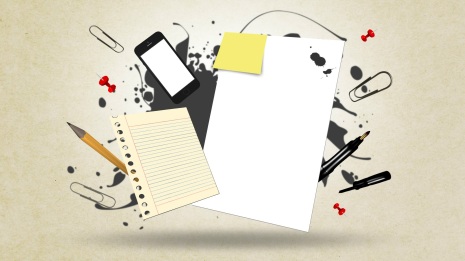 If anyone is interested in learning some of the most valuable information about the journalism craft from a leading journalist with a lot of experience, I would highly consider checking this out. Over a series of video lectures we receive the insight and knowledge that Rather has gained during his many years in broadcasting. The content throughout the series is something I would love to hear more of from other top names in journalism.  Especially when it comes to television news.

In the beginning of the series, Dan Rather sets the stage with filling us in on what the landscape of journalism looks like in present day.  Immediately we are encouraged to memorize the quote that I began this piece with.

Journalists are to be independent, knowledgeable and unbiased.  Go after the truth as best you can.  Even when it may not be within your comfort zone.  Rather highly emphasizes the independent part.  Specifically in regards to exposing the secrets of people in power.  Or maybe, in other words, holding them accountable.  This could be anyone from government, to CEOs of large companies, to A-List celebrities.

We are also given Dan Rather’s definition of news as information or truths that need to be told.  Usually this news is something that people with power don’t want getting out.  It is then the job of the reporter to find those truths and share them as a public service.

Freedom of the press as outlined in the Bill of Rights is what makes a democratic society thrive and succeed.

In the series, Rather mentions 2017. Even now as we are well into 2018, the media is in danger of losing not only its power, but also its credibility.

Why?  I will use another direct quote from Dan Rather for that one.

“The main voice that’s challenging the continued ability of the news to speak truth to power is the public’s perception of just what news is and what it should be.”

The mainstream media in many cases has fallen into the trap of trying to always be politically correct.  They don’t want to offend anyone.  Rather uses the phrase, “go along to get along.”

The issue today is there is a major decline in unbiased reporting and ethics.  We have different entities expressing different points of view instead of straight facts.  Opinion shows are not news shows.  They are points of view based on the host’s opinion of something a journalist reported on in the news.

What happens with these types of programs is we are left with different versions of the truth based on opinion.  As a result, we are left with trying to figure out which is the actual truth.

Journalists are public servants.  We should be in search of truth no matter how we feel about it.  This is the news people want to read.  They want to see facts and make decisions themselves.  Journalists don’t make up the minds of the people.  They do the best they can to provide accurate information so people can use their own convictions to decide.

This is part of why I am studying and pursuing a journalism career.  I’ve mentioned many times how much people mean to me.  My feeling is that it is my duty to be a journalist.  To get out there and tell people the truth about things they must know about.

That’s where the passion comes in. It is my belief that without a passion for people as a whole, a journalist will not seem sincere. Nor will they be successful.

Certainly I have my own opinions.  I have shared them in the past.  Now it’s time to be apart of a new chapter of truth.  Commit to a higher purpose and pursue what has been a dream of mine now for years.

I am excited for the journey and hope you will be right here following along with me.